Above Left: Evesdrop at 1yr of age.  Above Right: Evesdrop LJS at her AHS Inspection

​Evesdrop LJS "Eva"  is a gorgeous AHS bay filly with touches of chrome!

Escudo II’s Dam SPS Athene who scored a high 7.82 for her performance test is by the state stud stallion Arkansas who stems from the same line as leading sire of showjumpers Wanderer. SPS Athene also produced Federal championship finalist Erik 18 and Escudo. Escudo won show jumper competitions in series, the Federal vice championship at Warendorf and the 5 yr old championships at Dobrock.

Escudo II produced 9 licensed sons and several showjumpers up to GP level, 13 SPS mares and 47 offspring were selected for Hanoverian auctions. Escudo II has special talent, used in the Celle stallion parade virtually all his life and they have not yet been able to teach a replacement stallion his tricks.

NF Amayzing has produced Premium offspring competing and winning at both dressage and in the hunter ring. She is a spectacular mare approved by  Old NA, AHS and KWPN Main Mare Book Approved for breeding. Her two ET sisters have both been very competitive in the hunter ring. This mare consistantly reproduces her free shoulder and huge push from behind along with her wonderful quiet temperament.

We expect great things from this filly!  Exceptional conformation, movement, and athleticism are abundant! Ideally suited as an Eventer/Jumper/Hunter prospect!

Eva got excellent remarks at her Hanoverian inspection!  They loved her build and gaits!  Offered FOR SALE

UPDATE 2017 - Evie was started correctly under saddle this summer and is going quietly at all three gaits. She has been easy to start and has excellent self carriage and a willing work ethic! Free jumping video to come. Offered for sale, serious inquiry only. 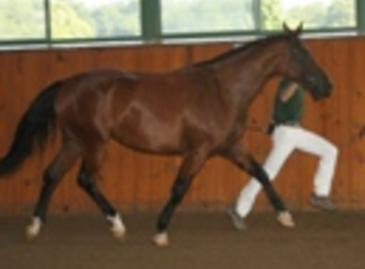 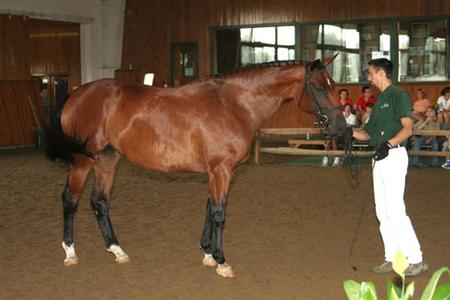 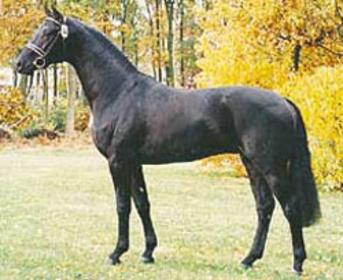 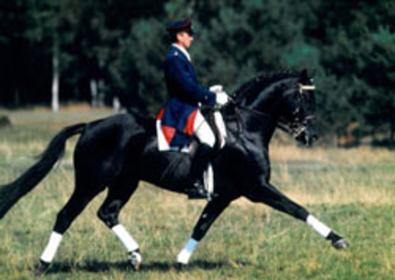